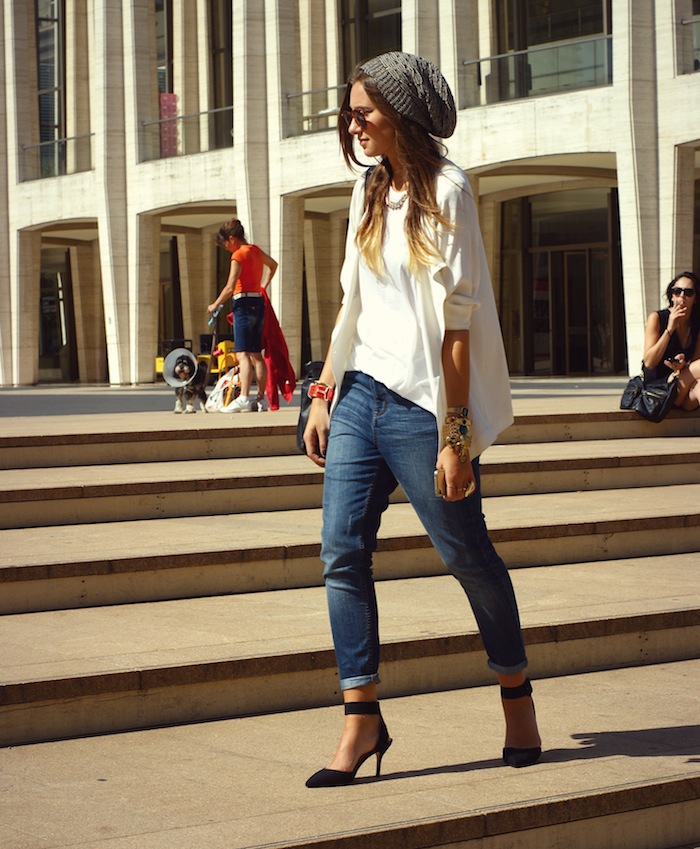 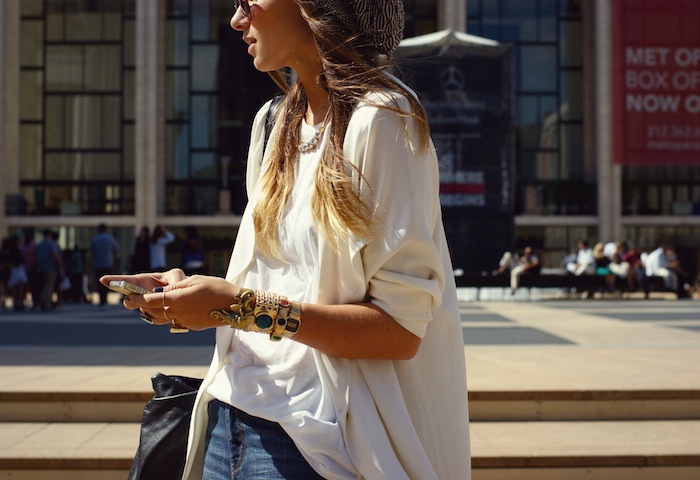 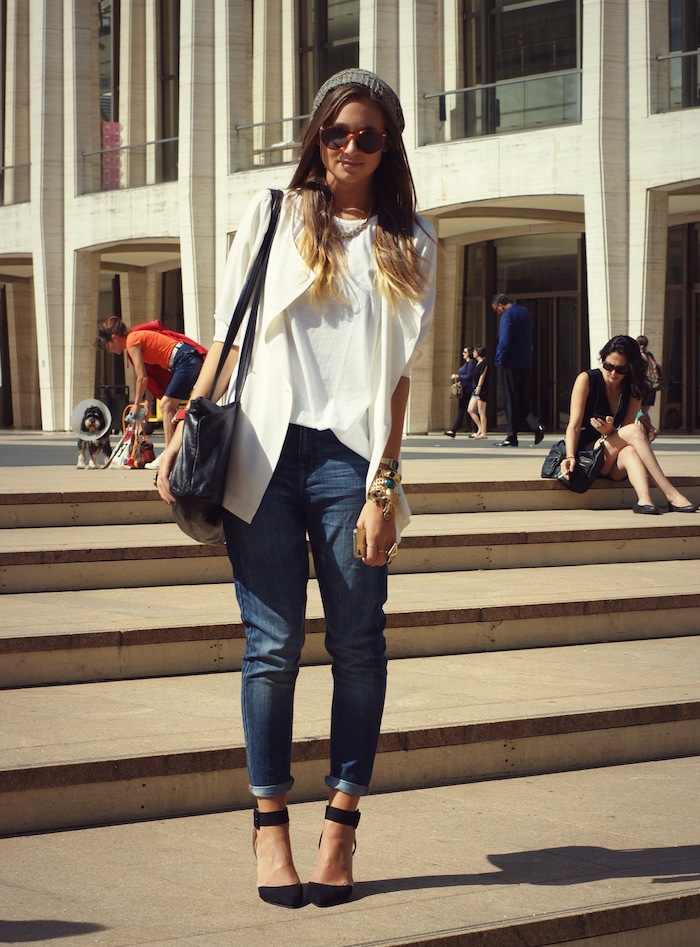 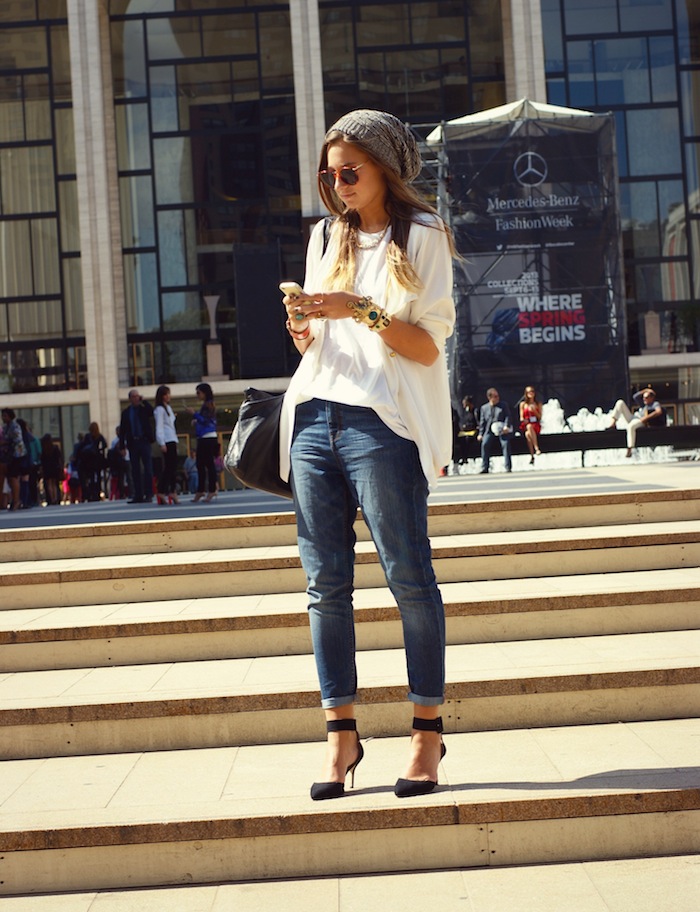 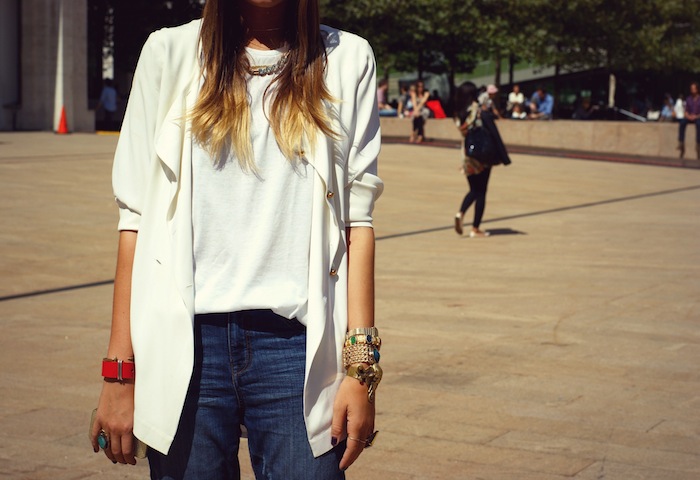 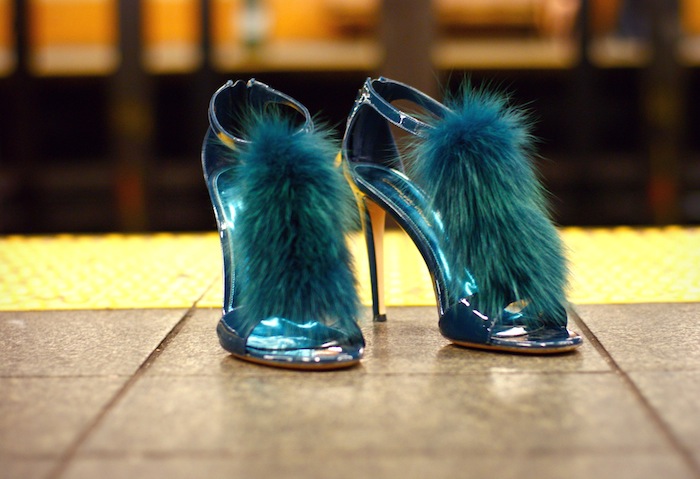 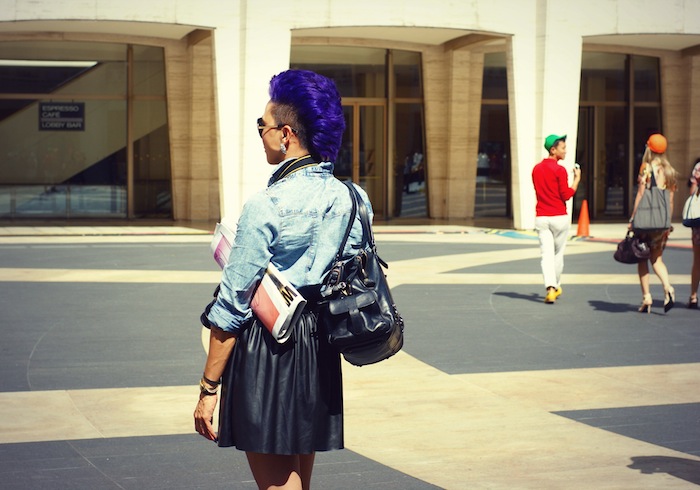 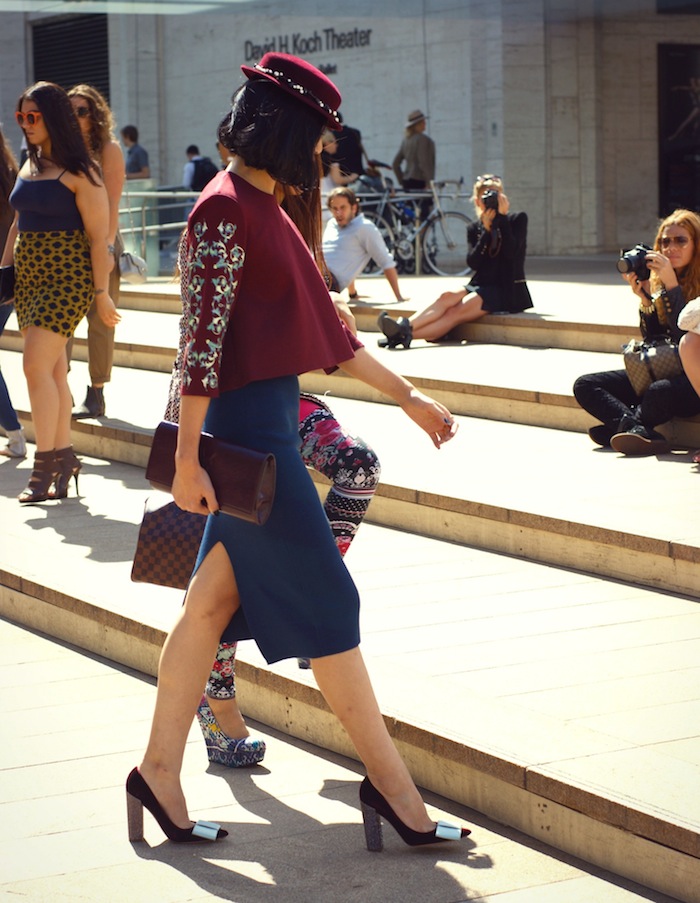 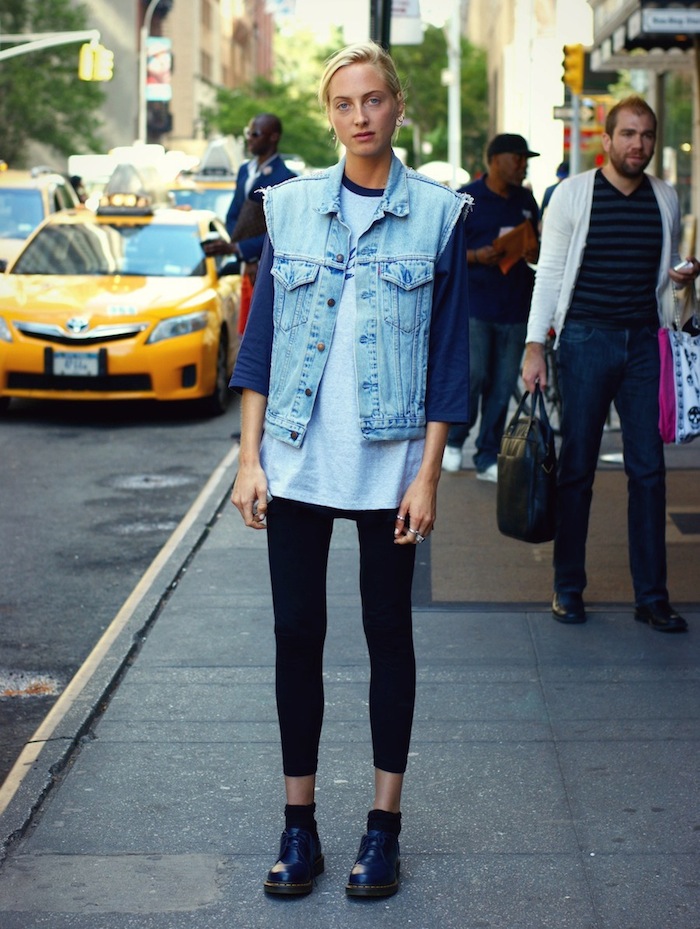 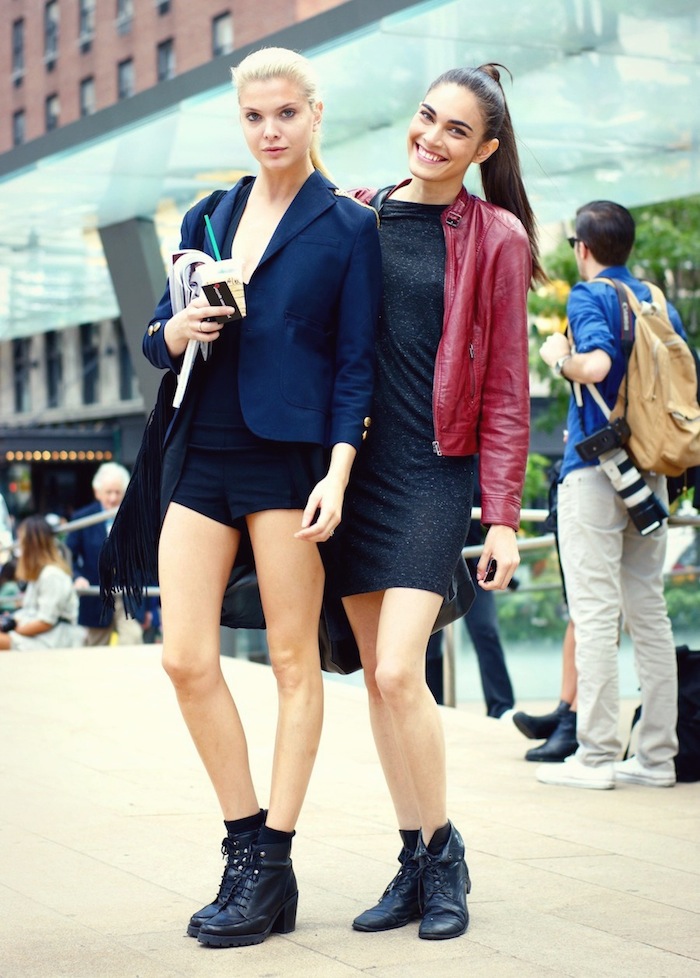 Wearing: Topshop Tank | Vintage YSL Blazer – Similar | Diesel Jeans | Zara Heels
It’s about time this weather let up just a bit and gave us an excuse to throw on a pair of jeans and a beanie, of course. I’ve had a non-stop fashion week full of meet-ups and dinners, events and drinks. So many friends came to town from all over the world: Sweden, London, Cali, even Australia… It’s been amazing hanging with every single one of them.
So, when I got back from Stockholm I vaguely remember telling you guys that I reached into my blog’s roots and started photographing street style again! Yes, it’s happening. I have officially started a new street style blog that will become part of We Wore What as well. Official launch will be in a week or so!
all photos by me

Later this night, I attended a STYLE 360 fashion show for Just Dance 4, with clothing by Tumbler and Tipsy. Sitting front row across from Kylie and Kris Jenner was pretty awesome and we got to see Kendell walk in the show too! Check out some of the pics I took below: 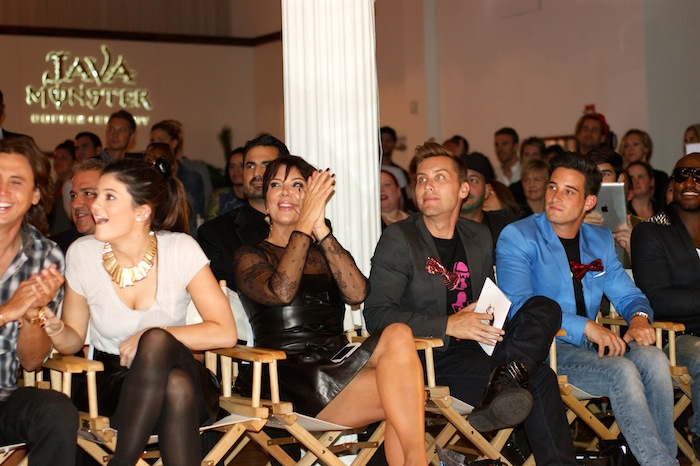 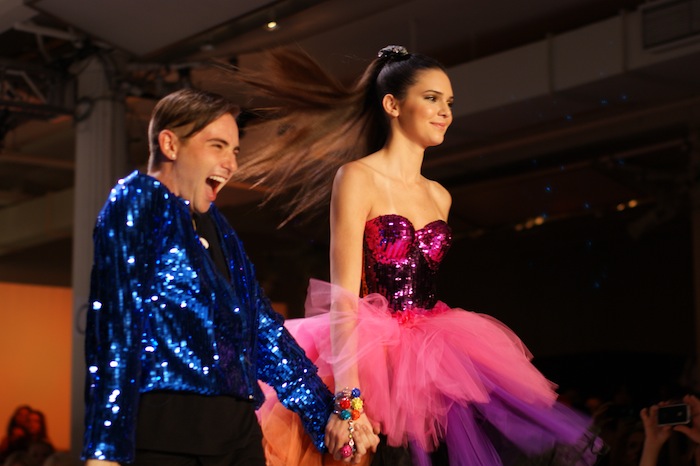