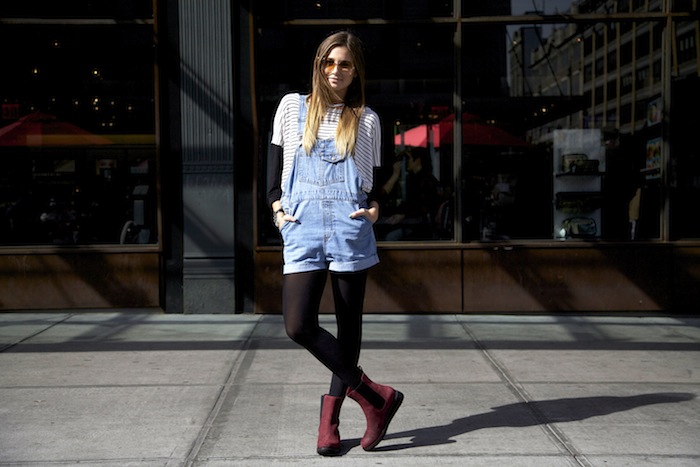 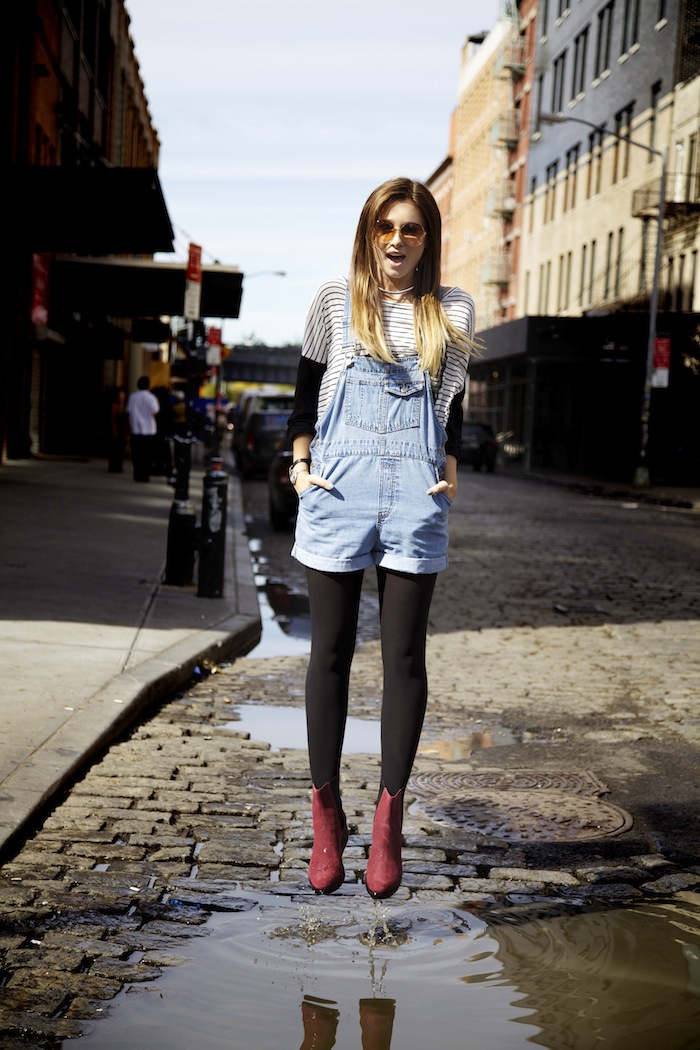 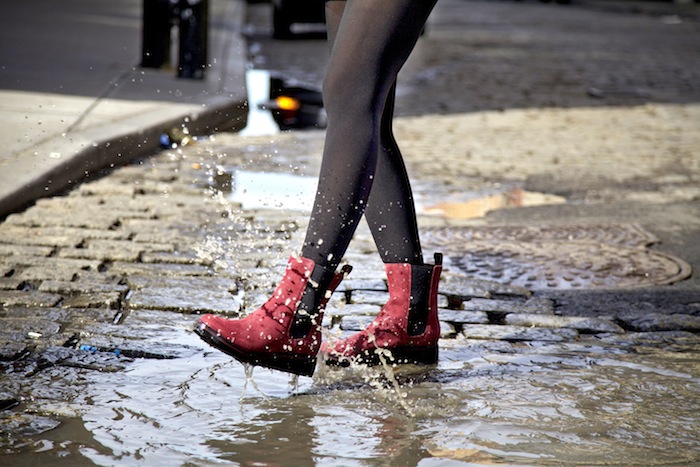 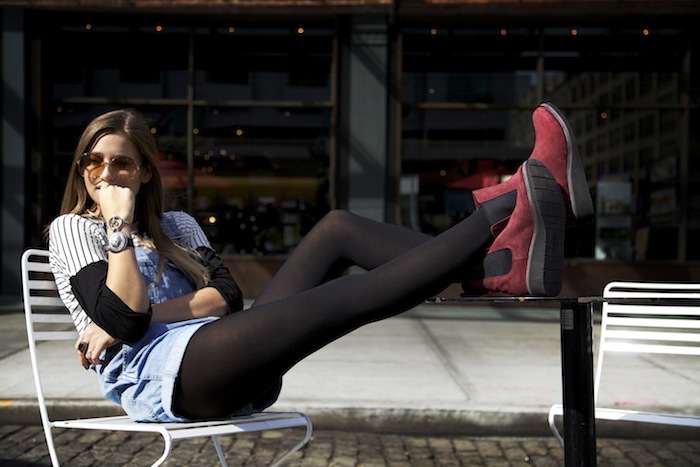 As a New York native, and now a New York City dweller I’m pretty sure I’ve got the necessary street style to survive in this city, down pat. So, when Cole Haan approached me about a collaboration to show why their Fall boots are the perfect choice for a city girl like me… there was no hesitation. Hence the first of three boots, from day to night. I’m obsessed with the Johanna Wedge Boots and I bet you didn’t realize they are waterproof too! Or, maybe me jumping in the puddles fearlessly kind of gave that one away. There’s nothing more survival city savvy than a cute boot that can bear the shoe-destroying weather. 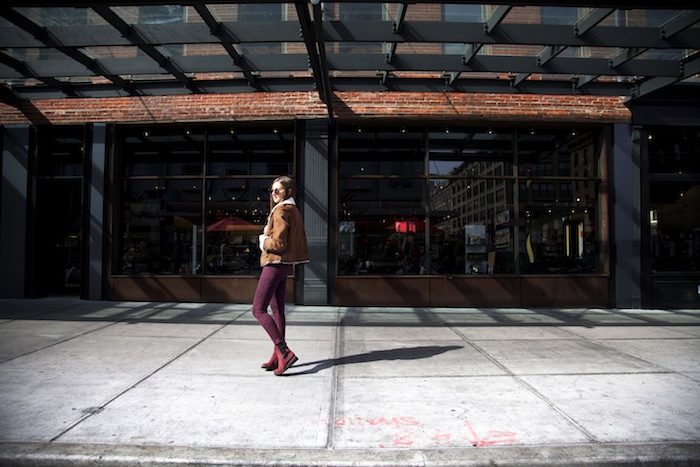 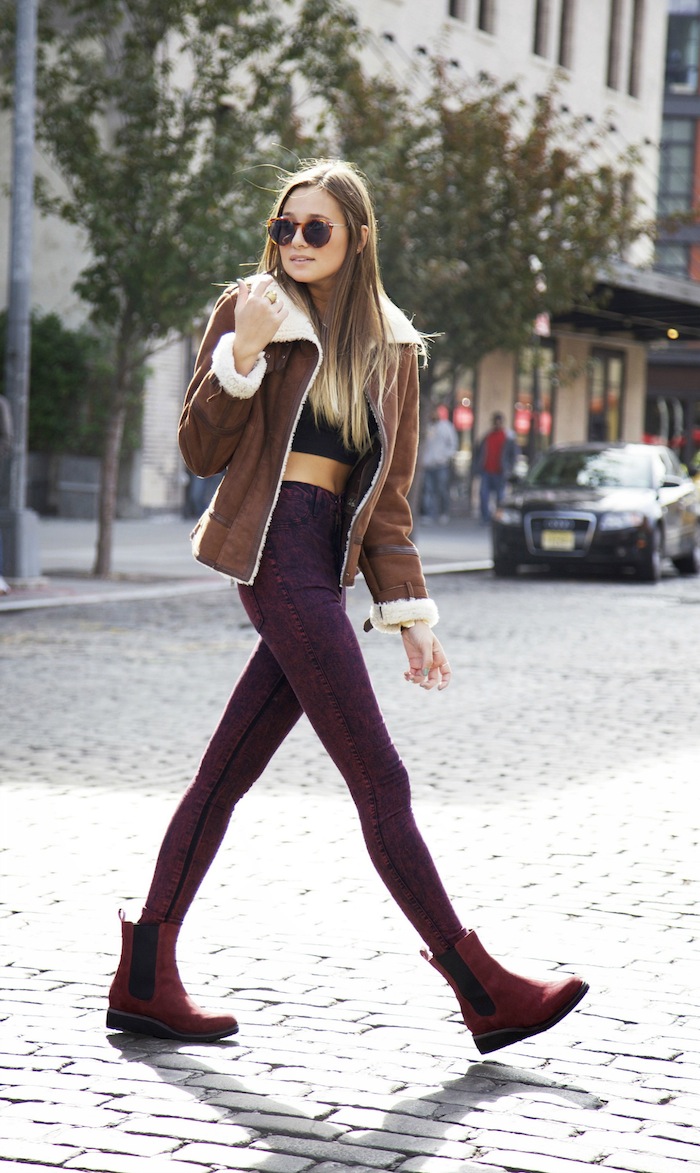 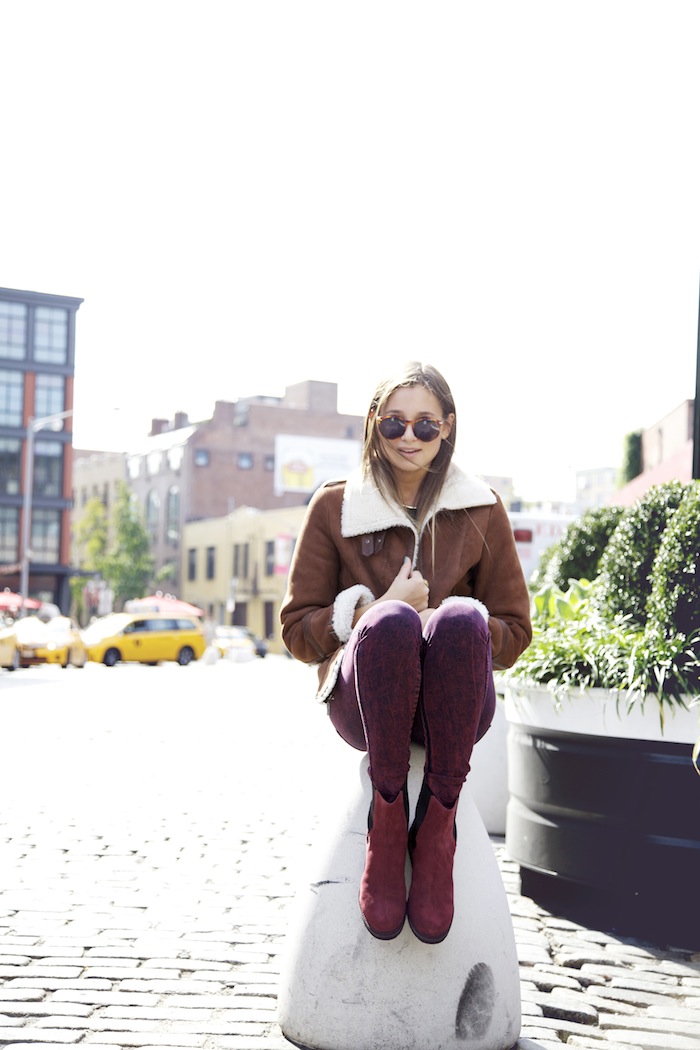 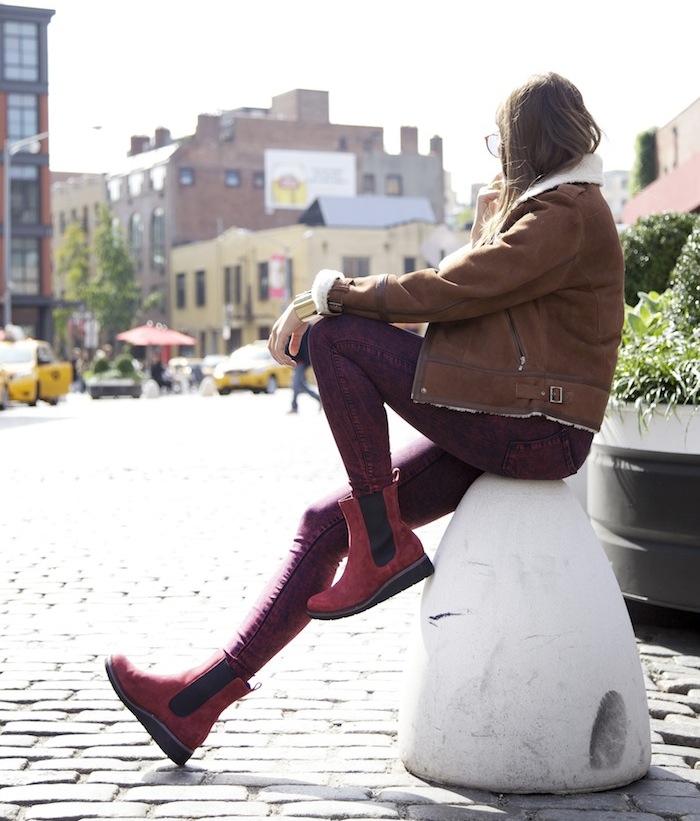 Wearing: Cole Haan Johanna Boot | Necessary Clothing Jeans I Cole Haan Shearling Jacket
Taking these boots into the night – or just to a less casual fiesta, I paired high wasted acid-wash jeans with a crop top and Cole Haan’s shearling jacket. It’s Penny Lane meets, well, me. Even though these boots seem super casual, when this jacket came off I could have been standing in the middle of Le Bain dancing my bubble butt off.
check out the full feature on Cole Haan’s website here
photos by Serena Goh